What Do You Know About Your Wiper Blades? 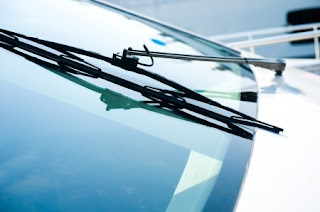 The summer season is in full swing, but we know that fall is right around the corner. While you’re either preparing your kids for the new school year, or preparing the garden for the chiller months, what are you doing about your windshield wipers?

Despite being one the toughest parts of your car, wiper blades deteriorate overtime. The question is: how often should we replace those wipers? Most people would say you should change them when you notice streaking or skipping marks on the window. When the time come to replace them, you’ll know it. However, mechanics suggest that those blades are switched out every six months, specifically in the spring and fall.

Think about it; during the winter your blades are scraping ice and snow off your window. In the summer, the heat bears down on the rubber and causes it to warp and crack. While many of us rather wait to replace the blades until they’re hanging in there by a thread, we should never take for granted what those little wipers do.

Remember, wiper blades are as important as the engine. Without them, we would probably be driving into a ditch. Drive safe, my friends!